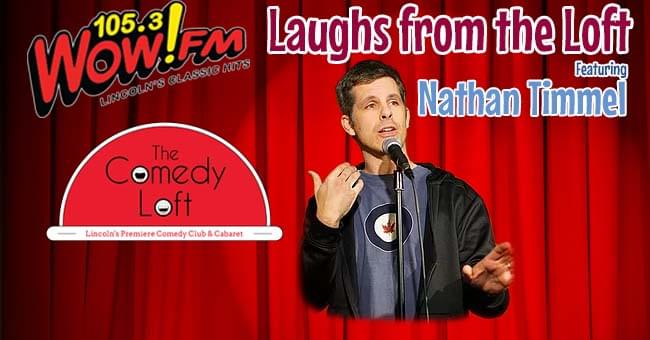 Since we are closed on the 4th of July weekend let’s celebrate now! Nathan has recorded five comedy CDs (and receives regular airplay on Sirius/XM radio), been a guest on the Bob & Tom Show, and traveled overseas to perform for American troops—including stops in Iraq and Afghanistan as well as comedy clubs around the country.

The Comedy Loft is located on the second floor of The Creamery Building in the Historic Haymarket at 701 P Street, Lincoln, Nebraska. For a complete list of prices, showtimes and to make reservations, patrons should go to the website www.comedyloft.club.

Advanced reservations are recommended. The Comedy Loft patrons may also reserve VIP parking from Park and Go ahead of time by calling 441-PARK.