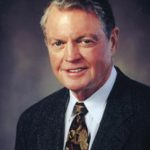 Osborne, along with the other honorees, will be interviewed by ESPN’s Reece Davis and Laura Rutledge during the Luncheon, which will be held July 19th at the Hilton Chicago. The event is set to begin at 10:30 a.m. CT.

Osborne, a member of the College Football Hall of Fame, spent 25 years as head coach of the Huskers. He won three national championships as Nebraska’s head coach. He also won 13 conference titles at NU and ended his career as the sixth best coach all-time by winning percentage, with a mark of .836 (255-48-3).

Tickets for the luncheon can be purchased at www.bigten.org/KOL.