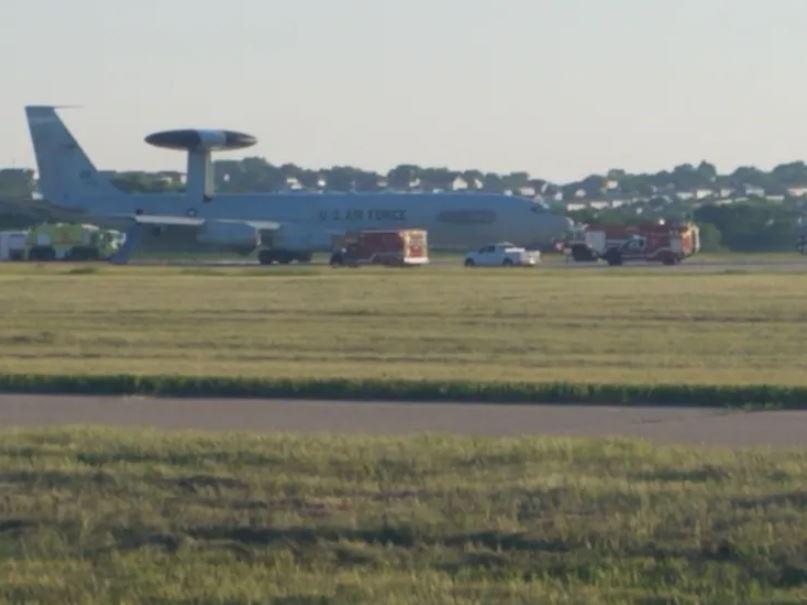 The four-engine airborne warning and control system plane touched down around 7:30 p.m. Thursday at Lincoln Airport. Lincoln Fire & Rescue Battalion Chief Dave Engler says the six people on board escaped safely and the fire was put out within 15 minutes.

The Air Force released a statement that said the plane is part of the 522nd Air Control Wing, which is based at Tinker Air Force Base in Oklahoma City. The fire cause and the damage it caused are being investigated.