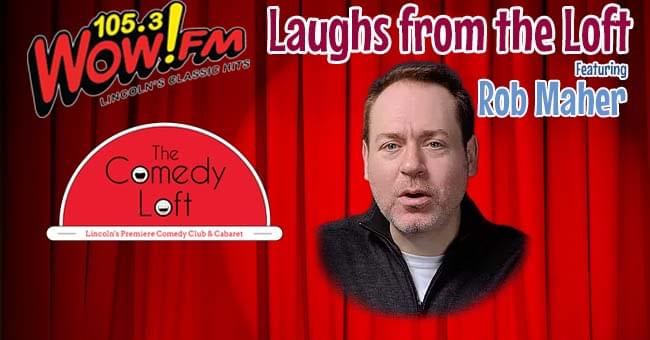 Rob is a regional winner of Comedy Central’s Up Next Competition. He is a favorite performer at the DC Improv and at clubs all the over the country. He can be seen on Kevin Hart’s new Comedy Central show, Hart of the City. Rob’s also had the fortunate opportunity to go overseas and perform for our troops including Afghanistan, Japan, Kyrgyzstan, Turkey, Italy and Egypt.

The Comedy Loft is located on the second floor of The Creamery Building in the Historic Haymarket at 701 P Street, Lincoln, Nebraska. For a complete list of prices, showtimes and to make reservations, patrons should go to the website www.comedyloft.club.

Advanced reservations are recommended. The Comedy Loft patrons may also reserve VIP parking from Park and Go ahead of time by calling 441-PARK.