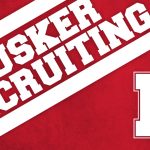 Caleb Badura will be making the move from Orange City, Iowa, back to his home state of Nebraska. The Nebraska Amateur runner-up and Northwestern College golfer announced on Friday that he would be transferring to the University of Nebraska to play golf under NU head coach Mark Hankins.

“I’m so grateful for my time at Northwestern College and everyone who had an impact on me there,” Badura wrote in a Tweet. “I would not be the person or golfer I am today without that experience. I can’t thank Coach Hankins or Coach (Judd) Cornell enough for this amazing opportunity as it has always been a dream of mine to play at this level. With that said, I can’t wait to be a Husker!”

Badura just missed out on securing the 111th Nebraska Amateur championship on Thursday, after falling to Alex Schaake of Omaha in a seven-hole playoff. Badura finished at -8 in the competition.

Coming off of his freshman season at Northwestern College, Badura earned All-Central Region Team honors, one of 60 players in NAIA to receive the distinction.

He finished his season tied for the second lowest scoring average in program history, at 73.6. Also, Badura was named the 2019 GPAC Champion and Player of the Year.