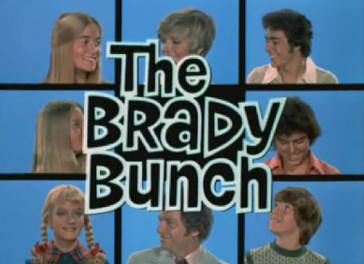 If you watch Discovery, HGTV and the Cooking Channel, then you know that the past 2 weeks have been nothing but Brady Bunch episodes of everything from Fast And Loud, Chopped to Property Brothers. Well, it all comes to a head this weekend, when the original Brady Bunch house has been full restored to look EXACTLY like it did in the TV show.

For those who don’t remember the Brady Bunch TV show, it was not very well received when it first came on TV. It wasn’t until it was in syndication that people really took liking to the show. It was mostly shown at times when kids got out of school, so it was light and humorous. Keep in mind, back in the 1960s and 1970s “blended families” were virtually unheard of and if they were, there was a bit of stigma. Thanks to this show, millions of kids learned that it was ok to live in a home that “blended” families together to make a solid home.

Whether we knew that or not, the cool part was this show covered a lot of things like sibling rivalry, driving for the first time and bullying.

Many years after the filming of the TV show ended we saw some TV specials that popped up every so often…including the hugely successful Brady Bunch movies, which…eh hmm…loosely and mockingly followed the story line of the TV show.

If you are wondering why you are seeing so much Brady Bunch, it has been 40 years since the show first aired. It all culminates this weekend. If you want a sneak peek, check out the link to HGTV.